WORKING ON 'THE EDGE' ​IN KYAKA II

WHY WE WORK IN KYAKA II

Home to over 125,000 Congolese refugees; Kyaka II settlement has quadrupled in size over the past three years and is now populated well beyond its intended capacity. Consequently, despite Uganda’s progressive and welcoming refugee policy, UNHCR has stated there is no funding to meet residents' needs beyond basic emergency provision.

65% of arrivals in Kyaka II are children, many of whom have witnessed horrific violence and lost family members. An estimated 15 - 20,000 3-6 year olds are cut off from early years services and vulnerable to serious child protection risks , with nowhere safe to go during the day . They are missing out on this foundational education stage which develops key social, physical and cognitive skills.

A child’s first six years are more pivotal for development and future success than any other period. Witnessing violence, enduring forced displacement and growing up in a refugee settlement can do lifelong damage if experienced at this critical stage, so the very youngest refugees require special attention. Unfortunately, this age group is often overlooked in refugee and humanitarian settings.
​
A wide body of international research shows that quality Early Childhood Development (ECD) is highly effective in treating trauma in refugee children, yet there is a serious lack of ECD provision in this settlement. ​ 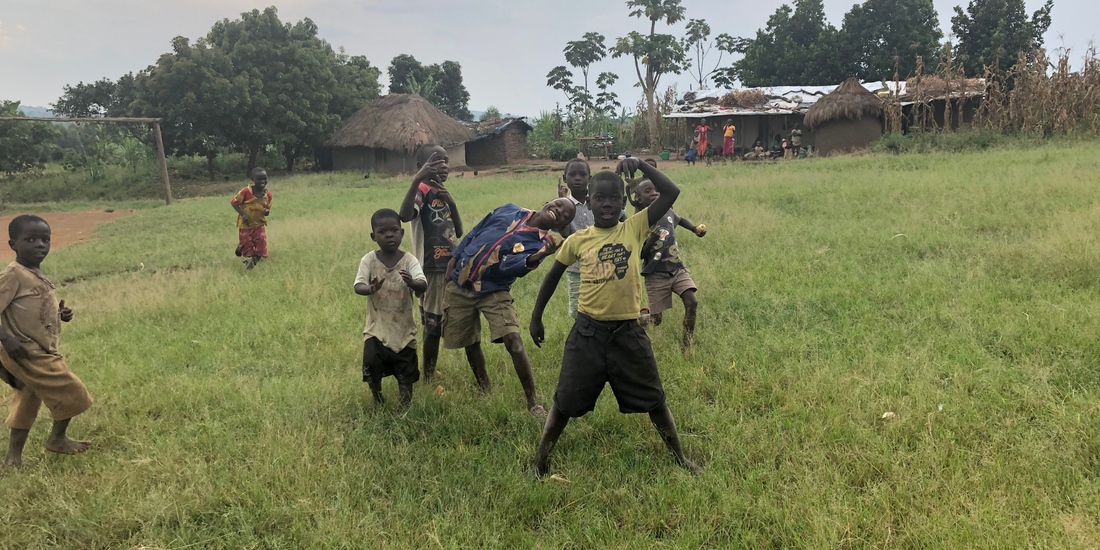 65% of arrivals in Kyaka II are children
When Children on the Edge first began to spend time talking with the refugee community in Kyaka II, it became clear that, whilst a number of NGOs were providing basic primary education, Early Childhood Development (ECD) provision remained limited.

​As services for refugees and their host communities are so overstretched, UNHCR Uganda is calling on international non-governmental organisations and actors to step up their response.

Uganda is experiencing the fastest growing refugee crisis in the world; and is the biggest host of refugees in Africa, currently hosting 1.5m people who have fled conflicts in South Sudan, Democratic Republic of Congo, Burundi and Somalia.

Uganda has positive refugee policies; providing refugees with freedom of movement, the right to work and create their own businesses, the right to documentation and access to social services. The country uses a non-camp settlement policy, where refugees are allocated relatively good sized plots of land for shelter and agricultural production.

But, as a developing country, it simply does not have funds to support the large number of refugees it is hosting. As a result there are large gaps in refugee provision in Western Uganda, particularly in Kyaka II, where little funds have been allocated. 80% of refugees in Uganda live under the international poverty line of $1.9 a day and food provisions were also drastically cut by the World Food Programme towards the start of 2020.

Whilst the borders have been closed throughout the COVID-19 pandemic, violence in the east of the Democratic Republic of Congo has increased, and as soon as the border fully reopens, the refugee influx will continue.

CONFLICT IN THE DEMOCRATIC REPUBLIC OF CONGO

With multiple conflicts stretching across vast areas of the country, The Democratic Republic of the Congo (DRC) is one of the world’s most complex and long-standing humanitarian situations.

Jan Egeland from the Norwegian Refugee Council describes it as ‘one of the worlds most neglected displacement crises’ and neglected in terms of the scale of humanitarian needs, a huge lack of funding along with media and diplomatic inattention.

A protracted civil war ending in 2003 gave way to sporadic bursts of fighting, mainly in the Eastern areas of the country. A new surge of violence then broke out from 2016 in the Kasai region, which covers huge areas in the south and centre of the DRC.

Armed political and ethnic conflicts continue in many areas and in 2021, OCHA estimated that 19.6 million people are in need of humanitarian assistance and protection. When we started working with communities in Kyaka II, we witnessed a strong desire from within the refugee population for good quality ECD education and support. Across 30 communities here, parents have done their best to provide something for their youngest children, putting up basic wood and mud ECD centres or using old UNICEF tents, but many structures were dilapidated. They were facilitating lessons with no training and few learning materials, meaning that, in reality, they were offering basic childcare, but did not have access to the necessary resources to ensure strong educational and developmental outcomes.

​This will support communities to provide early years learning in a safe place for refugee children aged 3-6, giving them a place to recover from what they have been through and have the best possible start in life.