Children on the Edge are delighted to have been chosen as international charity for The Times Christmas Appeal.

Children on the Edge was selected by The Times as one of ​three charities they have raised money for over the Christmas period. The appeal has focussed particularly on our work with Rohingya refugees in Bangladesh,
​covering our low profile refugee schools and our humanitarian assistance for new arrivals. ​​​

We'd like to express our huge thanks to The Times and Charities Trust for their support of this work. 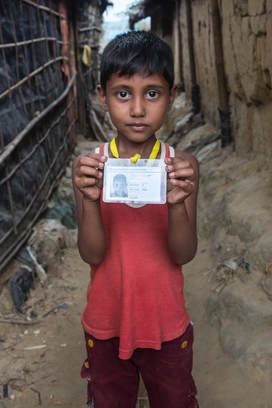 WHY ARE WE SUPPORTING THE ROHINGYA?

Over 650,000 Rohingya have crossed the border from Myanmar to Bangladesh since the 25th August, fleeing a brutal military crackdown from the Myanmar army.

Despite decades of attacks and persecution, this is the largest wave of violence against the Rohingya to date and has been described by the UN as a ‘textbook example of ethnic cleansing’.

Around 60% of those refugees arriving in Bangladesh are women and children, subject to appalling conditions in the overrun camps along the border and at risk of hunger, trafficking and disease.
​
Children on the Edge have been providing education to some of the most forgotten Rohingya refugee children in one of these camps for the last seven years. This makes us well positioned to provide humanitarian support, through local partners, to those whose needs are the greatest. ​ 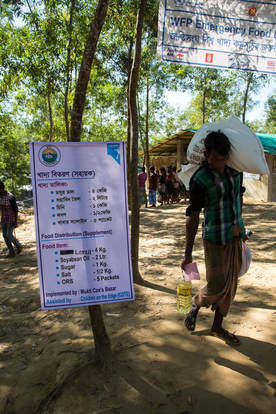 WHAT ARE WE DOING TO HELP AND WHERE WILL YOUR MONEY GO?

Our initial response has provided over 5,800 families with:
We are now in the process of establishing 150 semi permanent classrooms in the camp, basing the model on the Learning Centres we support for working children in Cox’s Bazar. WHAT ABOUT THE LONG TERM?

Everything we are providing now will continue long after the flurry of attention subsides. Our low profile camp schools, current humanitarian response and longer term education plans all focus on:

READ MORE ABOUT OUR WORK
For press and media enquiries, please contact our Communications and Advocacy Manager, Esther Smitheram on: